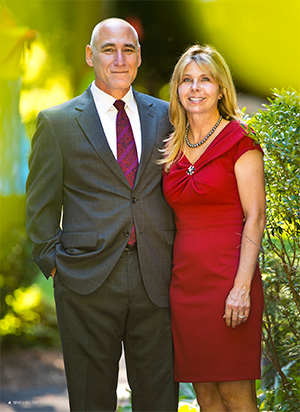 Every week for fifteen years, Richard Hoffman, CPA, paid a visit to two special clients in the twilight of their lives: Rouben and Violet Jiji. Mr. Hoffman had grown close to this remarkable couple with whom he had worked for over a decade prior, becoming both a trusted advisor and devoted friend. Upon their passing, the couple chose Mr. Hoffman as trustee of the Jiji Foundation, which recently made an extraordinary gift to name the new Drs. Rouben and Violet Jiji Neonatal Intensive Care Unit (NICU) at University of Maryland Children’s Hospital (UMCH).

“We felt very strongly that the Jijis would want us to support UMCH in giving fragile newborns a stronger start to life,” says Richard's wife, Stacy, who serves as executive 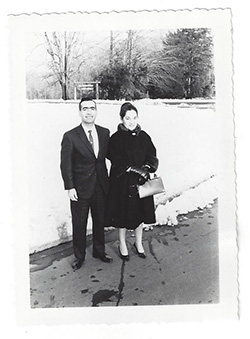 director of the foundation. Among their reasons: Rouben’s long association with the University of Maryland, where he was a faculty member in the School of Medicine’s Department of Hematology, and the deep affection both Violet and Rouben had for children.

Never defeated by disappointment or hardship, the Jijis rose above every major challenge to live full and successful lives. Born in the 1920s to poor families in Iran and Iraq, respectively, Rouben and Violet met after earning admittance to the same Iraqi medical school—an especially impressive feat for a young Jewish woman in an age of oppression and anti-Semitism.

These factors eventually drove the newly married couple on separate yet equally harrowing journeys out of the country to an Israeli refugee camp, where Rouben diagnosed and treated a young boy suffering from a blood disease. Immensely grateful, the boy’s relatives learned of the Jijis’ dream to move to the United States and asked their American family members to sponsor the couple. Rouben and Violet finally made it to the US after passing through several additional countries and working all along the way. They spent the remainder of their lives building renowned careers yet living modestly.

“The Jijis were the definition of the American dream,” Mrs. Hoffman says, “and because of them, many generations of people will live better lives.”

Included in those generations are newborns in the new Children’s Hospital NICU. “I know that if Violet”—who originally trained as a pediatrician and ultimately became a pathologist at a local Baltimore hospital—“had walked into the NICU and seen these babies, she would have wanted to do everything in her power to help them,” notes Mrs. Hoffman, who grew especially close to Violet when caring for her following Rouben’s death.

Walking through the new NICU site themselves, the Hoffmans, who are both members of the UMCH Board of Visitors, developed a personal passion for the project. “We were so impressed by all of the plans,” says Mrs. Hoffman. “When we saw the real-life mockup of a new private room—where there’s plenty of space for a family to be with their baby, and the NICU team can literally perform major interventions if necessary—this was an absolute no-brainer.”

“The Jijis would be so proud to know their name is forever associated with this incredible NICU,” Mrs. Hoffman says. “This is going to be something that other NICUs across the country will want to model.”

Learn more about the campaign for the new NICU.